Solar farm plans: Bringing out the ‘sun’ in the Sunshine Coast 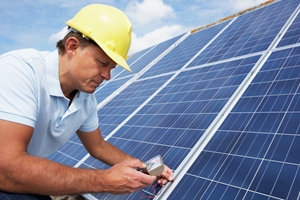 The Sunshine Coast Council is calling on expressions of interest for a new solar farm.

The Sunshine Coast Council is calling for expressions of interest to design, construct and operate a utility scale solar farm which could help to meet 50 per cent of the region’s electricity needs.

This project could set the Sunshine Coast as the “alternative energy capital” of coastal Australia, with the solar farm having the potential to be the largest in the nation.

The council is on track to kick off construction in 2014. The solar farm can provide a number of benefits to the region, the council writes, such as multi-million dollar savings for ratepayers and the development of the ‘cleantech’ industry hub on the coast.

The solar farm will be built at Valdora, near Coolum, and is expected to meet half of the council’s electricity needs for at least the “next 30 years”.

The proposed project could also create opportunities for apprenticeships in the Sunshine Coast. The council says that skills developed during construction could be used in similar projects both in and out of Queensland, further diversifying the local economy.

Mayor Mark Jamieson says that the project has the potential to transform the Sunshine Coast.

“It would become the embodiment of everything we stand for; a region which is economically, environmentally and socially sustainable. It would save money, reduce our carbon footprint and take us another step closer to becoming the most sustainable region in Australia,” Mr Jamieson said.

Depending on EOI the solar farm is expected to cost between $24 and $30 million, with savings of about $10 million expected over the life of the project.

A boost of around $10 million is also expected for the economy during the life of the solar farm with approximately 40 jobs to be created directly from the project.