Springfield McDonald’s restaurants ramp up employment for all ages 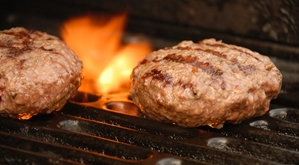 McDonald's is hiring people across Queensland.

A recruitment drive at two McDonald’s restaurants in Springfield has seen 80 people find employment at the company, with a further 20 vacancies expected in August. The fast food giant is creating thousands of jobs in Queensland as part of a $55 million investment announced last month.

According to the Queensland Times, the Springfield outlets are offering opportunities to a wide range of jobseekers, including school-based applicants and mature-age workers.

Lisa Mackintosh, Springfield Lakes McDonald’s licensee, claimed the company has changed so much in recent years that many people consider it a “cool place to work”.

“When I am hiring people, I hire a wide range of young and old people, from high-school students who have just got their first job to [university] students who are still studying and those who are older who are simply looking for a change,” she stated.

“Many of these young people I have hired are now progressing up to the role of team leaders and many of them will most likely go on to becoming managers.”

Ms Mackintosh added that new vacancies elicit many responses, with as many as 30 resumes received within a couple of hours of each job advertisement going live.

The McDonald’s Create your Taste campaign has helped stimulate recruitment at the company, with the popular promotion allowing customers to build their own burgers from a range of ingredients.

If the offer continues to increase sales, Ms Mackintosh said her outlets will look to advertise more vacancies.

“Everybody who I have hired has loved working at Maccas. Many of them said they did not realise the job opportunities that can come from working in a company like this,” she explained.

“I am really happy to give people a go. I am really fortunate that I can give these people all the training they need for the various roles.”

McDonald’s currently provides school-based traineeships in Queensland, with BUSY At Work helping 68 students in the Hervey Bay area begin a career at the fast food outlet over the last two years.

Queensland Treasurer Curtis Pitt, commenting on the $55 million investment by McDonald’s, said last month that the money will create 3,000 jobs in the state.

“It’s also welcome news for the local construction industry, with new stores and infrastructure scheduled to be built in Queensland in the next 12 months,” he added.