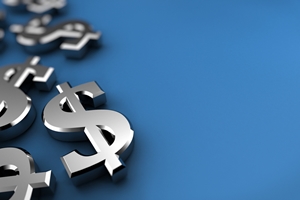 Recent statistics from the Westpac Group CCIQ Pulse Survey of Business Conditions for the three months to June suggested the Palaszczuk government’s fiscal guidelines for the next year have significantly improved optimism.

Mr Pitt said the budget aimed to boost job opportunities in Queensland, including apprenticeships and traineeships in the state. He also described the financial statement as the most business-friendly budget in recent times.

“It’s a budget that includes a new 25 per cent payroll tax rebate to encourage employers to hire more apprentices and trainees,” he explained. “And there’s also $180 million for the Advance Queensland initiative to nurture the high-tech and knowledge-based jobs and industries of the future.”

The Pulse report noted a rise in profitability among businesses in the June quarter, which was underpinned by strong capital expenditure. The data showed spending was the highest recorded in seven years.

According to Mr Pitt, the government has committed $35 billion to infrastructure between now and 2019. He added that this and other announcements has excited investors, with financial markets reacting well to the news.

Benefits for jobs in Queensland

The CCIQ report was not the only research to acknowledge the Queensland State Budget as a crucial factor for business confidence. Deloitte Access Economics’ Investment Monitor report for June highlighted activity in Queensland’s project pipeline, with only Western Australia having more initiatives lined up.

There are around $211 billion worth of schemes that are planned or have been given approval in the state, many of which are expected to provide significant opportunities for jobs in Queensland.

“The lower Australian dollar is supporting a higher level of activity in Queensland’s tourism sector, with investment in recreation infrastructure also picking up.”

Elsewhere, retail is enjoying a period of steady growth, with the most recent Australian Bureau of Statistics (ABS) data showing a 0.3 per cent rise in turnover in the sector in May.

Mr Pitt also pointed to housing construction as an important contributor to the state’s economy. ABS figures, released on July 30, revealed 0.3 per cent growth in building approvals in June.