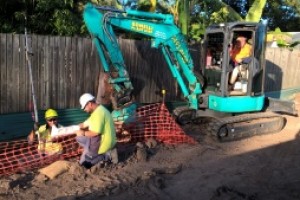 Labour force figures released yesterday show unemployment is down citing continued growth in part-time employment. Over the past six months there has been an increase of 82,600 people working part-time, compared with a 21,600 decrease in those working full-time.

Unemployment rate for July 2016 was 5.7 per cent (down 0.1 percentage points) and the labour force participation rate remained unchanged at 64.9 per cent.

The increase in part-time employment and decrease in full-time employment in July 2016 more than offset the opposite movements that were observed in June 2016, in line with the trend series.

The Minister for Employment, Senator the Hon Michaelia Cash, said that the re-balancing of growth, away from the mining industry and towards the labour intensive services sector was set to continue.

“Todays figures are a positive reflection of the resilience of the Australian economy and clearly show that the economy is transitioning very well,” Minister Cash said.

“Employers are still hiring and Australians are engaging in the workforce at record levels.”

“The latest figures show we have people who are willing and able to join the workforce which is really positive.

“However we need to focus on creating a skilled workforce for our economys longevity, building on our trade industries can achieve this.

“We also continue to be concerned about levels of under employment in the economy,” he said.

There are a range of incentives for Small to Medium Enterprises (SMEs) to take on apprenticeships and traineeships such as the Back to Work Regional Job Packages.

Small to Medium Enterprises (SMEs) employ a job seeker in a role located outside South East Queensland, they may be eligible for payments of up to $15,000 through the Back to Work Regional Jobs Package.

BUSY At Work acknowledges that ABS labour force figures can be volatile. For full details of the report go to www.abs.gov.au

Source: ABS – More details are in the July 2016 issue of Labour Force, Australia (cat. no. 6202.0) available for free download (after release) from the ABS website – www.abs.gov.au