The future is electric for automotive apprenticeship opportunities 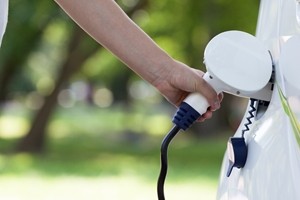 Will electric vehicles take off in Australia?

Few industries are subjected to as much discussion about the need for change as the automotive world. With fossil fuels being a limited resource, it’s reasonable that a sector based around consuming oil in various forms would have to find an alternative. The rise in petrol-electric hybrids over the past few years is the beginning, but some manufacturers are anticipating – or kickstarting – a move to fully electric vehicles.

Some manufacturers are anticipating – or kickstarting – a move to fully electric vehicles.

The shift will have significant implications for those seeking apprenticeship opportunities in the automotive sector, especially as a new report on the viability of electric vehicles has been supported by the Queensland government.

Clean energy advocate Beyond Zero Emissions (BZE) launched a report which found that vehicle use is a prime candidate for change if the country is serious about sustainability. With the Federal Chamber of Automotive Industries reporting that car sales are reaching record heights around the country, the more environmentally friendly options that hit the road, the better.

According to BZE’s report, even a slight change across Australia’s growing vehicle fleet is enough to make a major difference. Even if only 2 per cent of all drivers switch to an electric alternative, it could save close to 700 tons of carbon dioxide emissions every year.

However, Minister for Main Roads, Road Safety and Ports Mark Bailey noted that these benefits are predicated on having an energy sector that is also committed to renewable resources.

“EVs offer a low emissions transport solution, particularly when recharged only from renewable energy,” he began.”Even when using electricity from the existing grid, these vehicles are significantly more carbon friendly than the average car.”

“EVs are also becoming increasingly affordable and they give Queenslanders a powerful choice about the type of energy source they use – including renewable options.”

One of the major questions any electric car buyer will have concerns the viability of long journeys and out-of-town trips. If there aren’t charging outlets around, drivers may risk being stranded.

It’s a fear that electric vehicle manufacturer Tesla is working hard to alleviate, and its network of supercharger stations is slowly beginning to link the country. While mainly focused on the country’s east coast currently, the network is likely to further expand alongside demand for electric vehicles.

When looking for automotive apprenticeships in Queensland, it’s important people keep track of upcoming industry trends to see what the future may hold.