Thinking Christmas In July? Before You Get The Booze Out, Read This 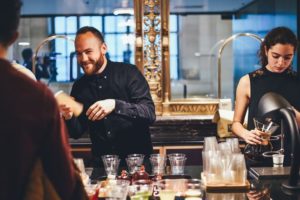 We’ve all heard enough horror stories of work functions going wrong to know that generally, alcohol and the workplace don’t mix. Research reveals that up to 15% of workplace injuries worldwide are attributed to drug and alcohol use. Closer to home, stats show that approximately 90% of the Australian work force consumes alcohol and, alcohol costs Australian workplaces an estimated $3.5 billion annually in lost productivity.

Alcohol use in the workplace can have a range of negative effects for both workers and businesses. Businesses have to cover the costs of injuries, absenteeism, lost productivity and workers compensation. On the other hand, employees are at higher risk of injuring themselves or others and the Australian Alcohol and Drug Foundation shows that one in ten workers have experienced the negative effects associated with a co-worker mis-using alcohol. This highlights the negative effect alcohol can have on workplace culture and relationships.

What can we do to minimise and reduce alcohol related incidences in the workplace?

In this case, an employee at a work Christmas party that included an open bar bullied and sexually harassed co-workers, even telling senior managers to “f***k off”. The offending employee was dismissed, but eventually won his case for unfair dismissal. When the claim was brought before the Fair Work Commission (FWC) it was found that it was “contradictory and self-defeating” for his employers to require compliance with the policies on workplace behaviours at the same time as allowing the unlimited service of alcohol.

In this situation, limits on the service and amount of alcohol made available should have been set, as well as providing managerial supervision at the event to remind employees that they were still acting as representatives of their company.

As well as having limits on the service and amount of alcohol, it’s important for businesses to have clear and proactive policies and training in place to ensure employees are aware of the appropriate standards of conduct in activities related to the workplace. For example, in the case of Applicant v Employer 2015, which was brought before the FWC, an employee was dismissed after groping a bar waitress in a hotel he was staying at for work training purposes. At the time of the incident, the employee had finished his formal training activities for the day. In this situation, the FWC found that the conduct of the individual was incompatible with his role as an employee, as his workplace was paying for him to stay at the hotel.

Another important thing to keep in mind is that even at work functions outside of the office, employers have a duty to provide a safe environment. In the case of Packer v Tall Ships Sailing Cruises 2014, two separate companies hosted their function on the same boat. When the second group became rowdy, a member from the other party asked them to stop swearing, which resulted in him being assaulted and suffering serious injuries.

Another well-known case that illustrates the risks associated with alcohol at work events is Streeter v Telstra Corporation 2007. In this case, after a work function, employees went to a nearby motel. Here, one store employee had sexual intercourse with a colleague within the view/earshot of three other employees. The individual responsible was ultimately dismissed, however, it’s a prime example of how work functions can cause the lines between private and work life to become blurred and highlights the importance of having set guidelines on the appropriate behaviour for anyone attending.

It’s clear that alcohol in the workplace can increase risk of accidents and injuries, affect productivity and rates of absenteeism and have long lasting effects on the morale and comradery of a team. However, careful planning and proactive action to reduce foreseeable risks can make sure the event is safe and enjoyable for everyone.