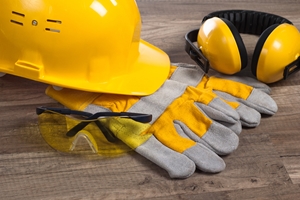 Building activity is on the rise in Queensland.

It’s no secret that housing is in demand across Australia, and things are no different in Queensland. As the sector continues to grow, not only does it benefit the state’s future homeowners, it provides thousands of apprenticeship opportunities for people across Queensland.

The latest Hotspots report from the Housing Industry Association (HIA) revealed that Queensland is home to two of these locations, where the value of approved residential building work is above $100 million population growth is higher than average. According to the HIA, Pimpama and North Lakes – Mango Hill are the highlights for the state’s residential construction sector.

However, a new suburban renewal project will create further demand for people in construction roles in Queensland, and work has just begun.

The Queensland government recently reported that construction has commenced on the Cornerstone Living project in Sunnybank. The government is calling it the state’s “largest urban renewal project”, and it’s one that will continue to provide thousands of job opportunities as it develops.

Workers began pouring concrete recently as the site is prepared to hold more than 1,200 apartments which are expected to house around 3,000 Queenslanders. According to Minister for Housing and Public Works Mick de Brenni, the project will provide thousands of jobs and hundreds of apprenticeship opportunities over the 10 years it will take to finish.

“The Palaszczuk Government is delivering for Queenslanders with 4600 jobs being created here on site during the life of the project,” he explained.

“This project will also become a great training ground for more than 240 apprentices who will start their careers here as part of that workforce.

The overall cost of the project is in the region of $600 million, ensuring that it meets the growing housing needs of Sunnybank and the wider Queensland population. To make it as attractive as possible to potential homeowners, the development is being built in an area close to important infrastructure elements such as schools, universities and transport facilities.

Major projects such as these are essential to service hotspots like those referenced in the HIA report discussed above. As populations rise, the residential construction sector will become one of the most valuable areas for employment opportunities in Australia.