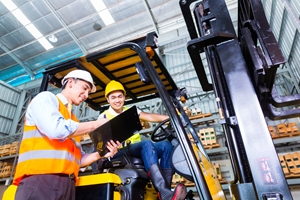 Approximately 1,800 jobs will be supported through the construction lifecycle.

Hundreds of new jobs in Queensland are on the horizon, following the state government’s announcement that it has selected a preferred tenderer for the Toowoomba Second Range Crossing.

The Nexus consortium will deliver the $1.6 billion project, with construction expected to begin later this year. Deputy Prime Minister and Minister for Infrastructure and Regional Development Warren Truss described the decision as a crucial milestone.

“The selection of Nexus is a result of the Australian and Queensland governments’ drive to attract world-class expertise and innovation to deliver infrastructure with significant benefits to the regional, state and national economies,” he stated.

Queensland Treasurer Curtis Pitt also welcomed the news, adding that the toll road will provide significant employment opportunities across the state. While the initiative is set to create hundreds of vacancies, a much higher number of roles are due to benefit indirectly.

“This project is expected to support more than 1,800 full-time equivalent jobs during the three-and-a-half year construction phase,” Mr Pitt explained.

People considering apprenticeships in Queensland may also find the announcement encouraging, with trades skills likely to be in high demand on the scheme over the coming years.

Nexus was one of three organisations shortlisted for the project, all of which offered a unique outlook for the initiative, according to Queensland Main Roads Minister Mark Bailey.

“These were highly competitive and innovative proposals to deliver value for money outcomes through design enhancements for the construction and operation and maintenance of the road,” he added.

Nexus’ bid contained a number of key features, including:

The Australian government is providing $1.285 billion towards the construction of the crossing, while the Queensland government is offering the remaining $321 million.

Ian Macfarlane, Federal Member for Groom, said the scheme highlighted the importance of federal and state authorities working alongside private sector firms to produce high-quality infrastructure. He added that Nexus’ open-cut solution was particularly impressive, as it would remove heavy vehicle congestion in the area.

Tolling arrangements for the crossing are yet to be decided, although the state government said they will be confirmed prior to the road’s 2018 official opening.