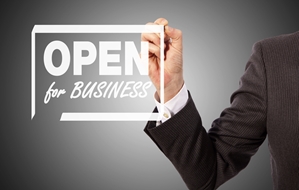 Toowoomba is offically 'open for business'.

More than 300 development professionals were gathered at the annual Urban Development Institute of Australia event in Brisbane today (October 11), to hear about how councils and industry can work together to drive economic growth.

Mr Antonio said that ‘the Toowoomba region is uniquely placed as the economic and commercial hub of Darling Downs, with growth in the resources industry and agriculture set to boost our already strong economic position”.

Many factors attract business and investment to Toowoomba, including its proximity to Brisbane, excellent facilities and relatively inexpensive industrial and residential land.

Toowoomba’s bright future could be further buoyed by a boost to employment opportunities in Queensland, as economic growth in the region was announced to be outstripping other states across Australia.

Queensland’s economy exceeded expectations and grew by 4 per cent in 2013-13, according to a statement from Treasurer and Minister for Trade Tim Nicholls.

“The 4 per cent growth is well ahead of the 2.6 per cent average across the other states,” Mr Nicholls said.

Queensland’s June quarter was particularly impressive as the 1.3 per cent expansion exceeded the 0.3 per cent growth over the rest of Australia.

“What we’re seeing is business regaining confidence and committing to investing, employing and growing in Queensland.”

The Second Range Crossing has a forecast construction value of $1.66 billion and is currently being reviewed by Infrastructure Australia for funding consideration.

The SRC is a proposed bypass route to the north of Toowoomba and will form part of the National Land Transport Network.

Once completed, the SRC will connect the Warrego Highway from Helidon in the east to Charlton, as well as to the Gore Highway at Athol in the west.

The Toowoomba CBD Outer Circulating Road project is currently in a design phase, due to be completed at the end of this year.

When construction begins, the project should provide many civil construction employment and training opportunities in Toowoomba.

When completed, the circulating road will connect Victoria Street and Russell Street with Chalk Drive and Ruthven Street.