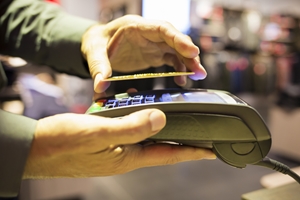 Retail and hospitality opportunities are available through the scheme.

The state government has announced that Toowoomba-based shopping centre Grand Central will be supporting 550 hospitality and retail training places via a new partnership with TAFE Queensland South West.

Treasurer Curtis Pitt said the scheme would be a boon for the local community, which was already set to benefit from an estimated 1,000 new jobs as the site undergoes a $500 million redevelopment.

He confirmed the initiative was further evidence of the Palaszczuk government’s dedication to boosting employment opportunities and upskilling the state’s workers.

“Toowoomba is already one of Queensland’s economic powerhouses, with one of the lowest unemployment rates in the state and more than 4,000 new jobs created in the past 12 months,” he explained.

“The redevelopment of Grand Central by QIC (Queensland Investment Corporation) will create one of the best shopping centres outside any capital city – one that’s going to provide local jobs and keep retail dollars in the regional economy.”

Commenting on the partnership between Grand Central and TAFE, Mr Pitt said eligible residents will now have the opportunity to begin a new career close to home.

He said the project adds to numerous other job-creating initiatives underway in the city, including the $321 million Second Range Crossing. The venture will support 1,500 construction workers and could provide opportunities for apprentices in Queensland.

He said Grand Central has been a part of the Toowoomba community for nearly two decades and remains committed to supporting economic growth in the city.

“Gaining a qualification in retail or hospitality will help residents of the Toowoomba region gain an edge when applying for jobs, open up pathways to further study and provide exciting career opportunities,” she explained.

The first courses available through Grand Central will commence on April 11 this year. According to TAFE Queensland South West’s website, a Certificate II in Retail Services in Toowoomba is already on offer.