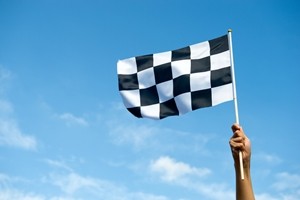 Can a love of motorsport support apprenticeship opportunities?

The country’s premier motor racing category, the Virgin Australia Supercars Championship (VASC), is beginning a brief tour of Queensland. Last weekend, the series stopped at Townsville, and will move on to Ipswich before the end of the month. While most of the state will see the events as a break from reality and a chance to watch our best drivers compete, others will see it as important motivation.

Those in the know are acutely aware that success in the sport is about much more than the person behind the wheel. In fact, it takes a whole team of engineers and mechanics to get these cars from flag to finish. For people who have their eye on automotive apprenticeship opportunities, the chance to someday work on some of the fastest cars built in the country is an important motivator.

Recently, the state government confirmed that two of the three VASC events held in Queensland each year, the Castrol Gold Coast 600 and the Castrol EDGE Townsville 400, have been extended to 2019. The agreement ensures that people working in the automotive industry have a chance to get up close and personal with these cars and drivers to see where an apprenticeship could take them.

However, Townsville Mayor Jenny Hill stressed that the events benefit people working in a range of industries statewide. The sheer number of people travelling from across Australia and from New Zealand means the state’s tourism industry has a vital part to play in the ongoing success of these events.

“The V8 week is a marquee event for Townsville and securing a deal for another three years is fantastic news for the city’s economy and our national profile,” she explained.

Queensland-based teams a drawcard for the mechanically minded

Along with the annual races in Queensland, there are a number of teams based in the region, further cementing the state as a haven for qualified petrolheads. The state isn’t just home to any old teams either, with Triple Eight Racing – home to six-time series champion Jamie Whincup – having been based in Queensland since its inception.

Single-car team Tekno Autosports is also based in the state. Its headquarters on the Gold Coast are home to its VASC team, an entry in the Australian GT Championship and a Holden-centric tuning shop.

Queensland’s motorsport opportunities add yet another dimension to its support for automotive apprenticeships, ensuring those with a love of cars can turn their passion into a career.