How Trade Schools Are Shaking Up Traditional Education 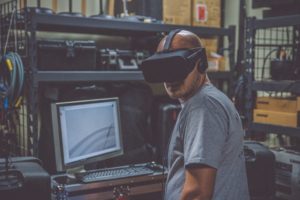 These schools are a hybrid form of education in which senior students complete their secondary education and begin school-based apprenticeships or traineeships (SATs). The final years of a student’s schooling is dedicated to developing skills they have an affinity for, whilst still providing a balanced education that sees them on par with their peers.

Communities and businesses are excited about what these schools are doing for the industry, and this has led to the Australian Industry Trade College (AITC) opening its third Queensland campus in the Sunshine Coast. Their two current campuses (Gold Coast and Redlands), offer over 600 SATs in fields such as carpentry, hairdressing, and plumbing. Students have completed up to 30% of their apprenticeship by the time they have graduated high school, and these are then generally converted into a full-time apprenticeship. In 2016, 96% of Year 12 students at AITC achieved their QCE and 93% graduated with a full-time apprenticeship.

How are these schools addressing the problems that employers face?

Trade schools such as AITC are shaking up traditional education because they are focused on turning young Australians into the kind of apprentices that businesses are looking for, and into employees that have the skills to succeed in the workplace.

Further research by NCVER shows that 60% of apprentices that leave their contract early do so within their first year, most commonly citing employment-related reasons such as interpersonal difficulties or not liking the job.

This is where the strength of specific trade schools lies. AITC is selective in their enrolment and students who attend have deliberately chosen to dedicate their final years of schooling to developing their skills in a trade. As such, by the time they have started a full-time apprenticeship, they have already been exposed to the industry and have worked out if they are cut out for it, negating the high-risk first-year period of increased dropout rates.

Finally, young people that attend trade schools are nurtured in their educational environment, building on their skills and setting themselves up for future success. They have chosen to pursue a trade early and are motivated to succeed making them more likely to be loyal and productive contributors once they transition into the work force and begin working as employees.