Trades and services vacancies on the rise in Queensland 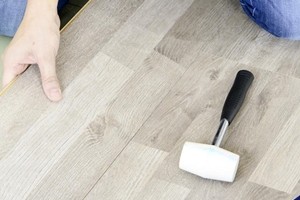 Trades and services have seen a significant rise in job ads since 2015.

There are a number of skills shortages across trades and services in Queensland, with new research showing that the state has seen a significant rise in job listings for these occupations.

Figures from SEEK Australia showed ads for trades and services positions in August 2016 climbed 13 per cent nationwide year on year, while Queensland saw a 9 per cent increase.

“A likely driver of trades and services job ad growth across Australia is residential construction.”

The Australian government’s Department of Employment has previously highlighted a range of professions where there are skills gaps in Queensland. These include bricklayers, carpenters and joiners, painters and motor mechanics.

SEEK’s data appears to support the federal government’s research, with automotive trades, labourers, carpenters and cabinetmakers the top advertised jobs in the country.

“A likely driver of trades and services job ad growth across Australia is residential construction and our rising population’s need for service labour like mechanics, hairdressers, beauticians and nannies,” said Michael Ilczynski, Managing Director for SEEK Australia and New Zealand.

Apprenticeships and traineeships are available in many trades and services occupations, which could spell good news for those training towards qualifications in sought-after sectors.

Would you like to see what apprenticeships and traineeships are on offer in Australia? Visit BUSY At Work’s Apprenticeship Central to search for trades and services opportunities in Queensland, as well as placements across a wide range of sectors throughout Australia.

According to SEEK, trades and services job listings were up in most states and territories. NSW and Victoria saw rises of 22 per cent and 26 per cent respectively, while postings rocketed 56 per cent in the ACT.

The organisation also listed the average advertised salary across the most popular jobs, including hair and beauty services ($49,835), carpentry and cabinetmaking ($67,598) and automotive trades ($60,649).

The results showed the highest paying trades and services jobs in Australia are air conditioning and refrigeration specialists on $78,571 and electricians, who receive $78,117 on average.

However, if apprenticeships in the trades don’t appeal to you, perhaps an IT traineeship is more suitable? SEEK noted that businesses in the information and communication technology sector posted the most ads over the last year.

“With our nation’s thirst for digital connectivity and new technology we expect ICT will continue to be a top advertiser on SEEK,” said Mr Ilczynski.

Information and Communications Technology (ICT) listings rose 10 per cent year on year, with developers and programmers the jobs in highest demand. Business and systems analysts, program and project managers, and help desk IT and support also had numerous vacancies.