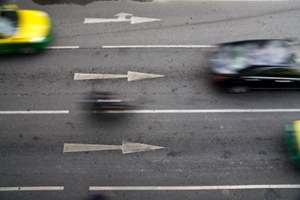 One of these has recently moved towards the construction stage – the Gateway Motorway upgrades in Nudgee. This project, funded by the Queensland and federal governments, has confirmed a contractor for the first stages of construction, which will involve undertaking earthworks in the region.

These groundworks are the first step towards widening the Gateway motorway between Nudgee and Bracken ridge in Brisbane’s northern suburbs. The finished project involves the expansion of the current four-lane road to six lanes.

There will also be upgrades for roads in the area, with the Nudgee Interchange and the Deagon deviation both widened to be two lanes in both directions. The total cost for all of the work involved is estimated to be around $1.3 billion over the project’s lifetime.

By midway through next year these initial earthworks should have been completed, with construction of the road itself being undertaken immediately once this work has finished. The final project is currently expected to end in 2017.

Deputy Prime Minister Warren Truss suggested that these improvements would bring considerable benefits to those who commute along the motorway and rely on this connection for work.

“This milestone is great news for more than 75,000 drivers using the motorway dailythe Gateway Motorway North project will not only improve journey times for motorists, but also improve freight efficiency along the National Freight Network,” said Mr Truss.

This road-widening work is just one of the projects currently being undertaken along the route of the Gateway Motorway. These initiatives – like resurfacing and the installation of an intelligent transport system – will be commenced within the next six years.

New projects a boost for apprentices and trainees

As infrastructure projects like the Gateway Motorway expansion move closer to realisation, there will be strong demand for a range of different expertise. Civil construction works will require a variety of skill sets, many of which require an apprenticeship or traineeship to get into.

For example, road workers will require a twelve month traineeship, consisting of supervised work on site and complementary study, before they are qualified to work in civil construction.