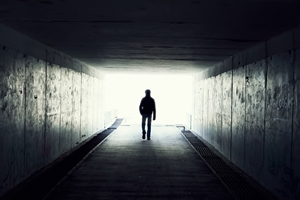 A project to tunnel under the Brisbane river has moved closer to realisation.

This network is being further added to in coming years, with the much-anticipated bus and train (BaT) project moving closer to breaking ground.

The BaT development has been planned for some time now, with the George Street station forming a key part of the redevelopment of the Queens Wharf precinct. However, the project has only recently been released for public comment.

Members of the public are being encouraged to give their feedback on these plans, with the BaT’s environmental impact statement and reference design now available for a three-week display period.

This process is a vital component of the project, which is currently scheduled to begin construction in 2016 and be completed by 2020. The environmental impact statement will govern when and how the creation of this tunnel can progress, with the excavation currently planned to progress 24/7 in order to be completed promptly.

The project consists of a single tunnel, with room for train and bus travel within the one development. The end space will be divided in two, with the top half running a bus line and the bottom housing two train tracks.

Once completed, the tunnel will link the Gabba with Roma Street station, providing a new crossing for the Brisbane River as well as greater connectivity between the city and southern suburbs. At both ends, the new tunnel will be connected to existing busways as well as Brisbane’s rail network.

By adding to the city’s public transport network, this project will significantly reduce the travel time for commuters trying to get into the city, according to Brisbane Mayor Graham Quirk.

“[The tunnel] will double the capacity of the rail and bus networks, take pressure off existing infrastructure and make way for future growth,” said Mr Quirk. “This project is a great example of different levels of government working together to address the city’s public transport capacity issues.”

With Brisbane’s transport network expected to reach capacity in 2020, these developments will be essential for providing new opportunities throughout the city.

Once the project moves past the consultation stage and towards ground being broken, there will be new opportunities for those seeking an apprenticeship in Brisbane. Skills like welding and construction will be in high demand, given the complexity of constructing transport infrastructure underground.