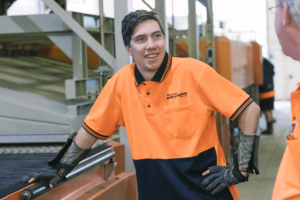 Despite the loss of 20,600 full time jobs, there was an overall increase of 12,000 jobs in the month of May this year. This was owing to an increase of 32,600 part time jobs according to the latest data released today by the Australian Bureau of Statistic’ (ABS).

“The latest data tells us that over the past year both the trend unemployment rate and underemployment rate declined by 0.2 per cent, resulting in the underutilisation rate declining 0.4 per cent to 13.9 per cent,” the Chief Economist for the ABS, Bruce Hockman, said.

“At this stage we will be lucky to see employment growth of more than 150,000 people this year,” Mr Pickering, the Asia Pacific economist for the global job site Indeed, said.

“Full time employment was again disappointing, as it has been throughout 2018, suggesting that the jobs that are being created are not necessarily the high-income roles that drive an economy forward,” Mr Pickering said.

“We know many of our small businesses are doing it tough but there are some excellent incentives available to help them grow.

“Queensland’s state budget announcement this week has a focus on jobs.  It was very encouraging to see the commitment of an extra $40 million for Business Development, an extension on payroll tax rebate for apprentices and Trainees, plus the continuation of the Back to Work South East Queensland program.

“I encourage all businesses to consider employing an apprentice or trainee next time they hire.

“Apprenticeships are a great way to ensure we have a skilled and knowledgeable labour force for our future plus it helps break down underemployment and gives businesses the help they need,” Mr Miles said.