What are Australia’s next big industries? 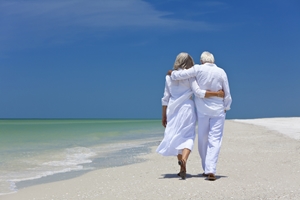 Deloitte has identified Queensland retirees as a key sector for economic growth.

Fortunately, international research organisation Deloitte has released its forecast for the future of the Australian economy, including the 25 sectors most likely to lead economic growth over the next 20 years.

Individuals already working in mining apprenticeships or traineeships in Queensland should be able to enjoy a few more years of economic prosperity, according to the March 24 report.

Mining currently accounts for close to 10 per cent of the Australian economy and, with a focus on cost reduction, should continue to perform strongly over the coming years.

However, a number of key sectors have been identified that should close the economic gap left once the mining industry officially begins to contract. These include agribusiness, gas, international education, tourism and wealth management.

“If we address the barriers to their success, Deloitte estimates these could be worth an extra $250 billion to the economy over the next 20 years, have the potential to match mining and keep Australia near the top of the world’s prosperity charts,” Chris Richardson, co-author of the Deloitte report explained.

The potential of Queensland’s agriculture, tourism and gas industries is encouraging for those considering employment in these sectors over the coming years.

“We’ve uncovered a great deal of potential for this state across a range of opportunities,” he revealed.

“Queensland has strengths not just in its resources and its sun and surf, but also in its ability to attract retirees, while new technologies have the potential to reinvigorate prospects in thermal coal and to open up new opportunities off our vast coastline.”

Due to the state’s ability to attract retirees, growth in the Queensland economy may be bolstered by a number of social trends affecting the country. This includes rising life expectancy, increasing health care costs and the tightening of public sector health costs.

“Our state has a history of attracting retirees from across the country, and the coming surge in the number and the wealth of older Australians is a key opportunity for us,” Mr Greig said.

It is therefore recommended that those thinking about future careers in health consider the employment and training options available in aged care – such as residential aged care, retirement living and leisure and preventative health and wellness.