Work for the Dole program well underway in Mackay 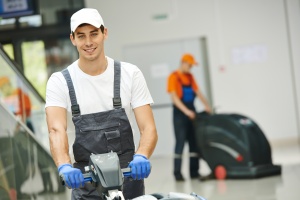 BUSY At Work’s, Work for the Dole (WFD) Coordinator, Kristy Gostelow and (WFD) Administration Support Officer Debbie Hildebrand have been very much on-the-go taking on the jobactive Work for the Dole Coordinator’s contract in Mackay since opening their office in July last year.

“We have had over 300 placements since the start of the contract and 76 placements so far this year in Employment Services for the Mackay, Isaac and Whitsunday regions.”

“We are confident that once completed some of our earlier activities across the three regions will become renewals. To date we have seen all but one of our completed activities renew activities and some groups changing to individual placements as the host identify new needs, demonstrating the great value the participants are to the host organisations.”

Kristy said some of the main projects have included the Girudala, the Mackay Aboriginal & Islander Justice Alternatives Group (MAIJAG), the Bowen Visitors Centre and Mudth Niyleta Aboriginal and Torres Strait Islander Corporation to name a few.

Kristy said they had received positive feedback from many host organisations acknowledging the WFD program and the contribution the job seekers make to their organisation. Some of the participants even started volunteering in their free time indicating the job seekers have been well placed and matched to the organisation’s needs.

“One such host organisation we are particularly proud of is the Indigenous community organisation, Mudth Niyleta Aboriginal and Torres Strait Islander Corporation in Sarina. The Corporation provide integrated Indigenous services in the areas of housing, health, education, employment and training,” Ms Hildebrand said.

Administrator for the Mudth Niyleta Aboriginal and Torres Strait Islander Corporation, Justin Thompson said they were excited that a number of job seekers had been placed with work after participating with their organisation in the WFD program.

“We had a young mother participate in the program and after completing administration work with us, she got a job in a local mining organisation. In another example one of our maintenance crew members was successful in getting his license which allowed him to gain full time work with a local charter bus company. So far the program has helped five job seekers gain permanent employment,” Mr Thompson said.

Kristy said the three jobactive Employment Services providers in the region had adopted a collaborative approach for the WFD program.

“We have regular meetings with the jobactive providers, which helps to set clear objectives based on the various needs of our community and matching this to utilise and improve the job seekers knowledge and skillsets. We encourage more not for profit organisations and local, state and Commonwealth Government agencies to become hosts for projects,” Ms Hildebrand said.

BUSY At Work CEO, Paul Miles said BUSY the Work for the Dole program was making a difference in the Mackay Employment Region.

“Work for Dole places job seekers in activities which help them develop work-like experiences that employers need. The outcomes from the various projects can also enhance and provide major benefits for the local community,” Mr Miles said.

The WFD program is an initiative of the Australian Government and administered by the Department of Employment.