Would putting state rivalries aside create more jobs in Queensland? 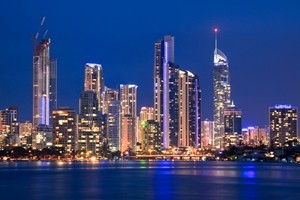 NSW businesses could find a new home in Queensland.

The biggest rivalries always seem to be between neighbours, a fact that’s exhibited on a national level anytime New Zealand and Australia go head-to-head on the sports field. However, it exists on a national level as well. Not content on just sharing a border, Queensland and NSW also share one of the great sporting rivalries in the annual State of Origin Rugby League series.

Queensland has dominated that series in recent years, losing just one out of the last 10. Now seeking a new test, it looks like the state is setting an economic challenge as well. Could an invitation to NSW businesses create more job and apprenticeship opportunities in Queensland?

As reported in recent months by Deloitte, Queensland’s economy is growing thanks to support from a range of different industries. In light of these developments and other new initiatives designed to attract businesses, Queensland Premier Annastacia Palaszczuk is inviting NSW companies to venture north to make the most of these opportunities as well.

At an event in Sydney, the Premier spoke of the 40,000 jobs created across the sunshine state since the last election. She also spoke of a number of other conditions designed to make Queensland more appealing to the country’s businesses.

“My Government is also determined to use our low tax status, including the lowest payroll tax in Australia, as well as our commitments to infrastructure, innovation and investment to draw businesses to Queensland,” she added.

“There was a net migration of 4,860 people from NSW to Queensland in the 12 months until 30 June last year. I am keen to encourage more businesses to also move north.”

The Advance Queensland Industry Attraction Fund is the key part of the Premier’s plan to bring more business to Queensland. The initiative was outlined in this year’s state budget. It is intended to either assist businesses in their plans to relocate completely to the state or to at least start new projects in the state.

While not limited to the six priority areas outlined by the Department of State Development, these selected industries are expected to be a major focus for Queensland. They are:

The Queensland government is committed to assisting interested organisations with the creation of a business case and also helping them choose a new site.

Ideally, the focus on bringing established businesses from other states into Queensland will continue the trends of job creation moving forward while building on the positive rivalry that exists with NSW as well.