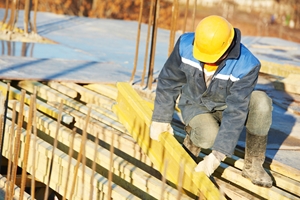 Businesses should offer more apprenticeships and traineeships to counter high youth unemployment in the state, according to the Chamber of Commerce and Industry Queensland (CCIQ).

The industry organisation highlighted the importance of apprenticeships and traineeships among three recommendations to overcome employment problems for those aged between 15 and 24 years old.

Figures from the Queensland Government Statistician’s Office recently showed the state’s youth unemployment dropped 0.9 percentage points between December 2014 and December 2015. However, the percentage of young people without a job still stood at 13.2 per cent, more than twice the state average.

Queensland’s Outback and Wide Bay had the highest youth unemployment levels last month, at 25.6 and 20.6 per cent respectively. Darling Downs currently has the best employment rate for 15- to 24-year-olds (7.7 per cent).

CCIQ Director of Advocacy Nick Behrens said apprenticeships and traineeships could prove an attractive option for businesses and young jobseekers. He also suggested increasing the financial incentives offered to eligible organisations that take on apprentices and trainees.

“Business capacity to invest in apprentices is particularly vulnerable to economic cycles … CCIQ highlights the role employer incentives have played during periods of soft economic conditions,” he stated.

“Direct subsidies and tax concessions to employers who take on an apprentice and trainee must be front of mind as both the state and federal budgets are framed.”

The importance of infrastructure

According to the CCIQ, investing in state infrastructure is also important for jobs in Queensland. Mr Behrens said these projects create crucial construction opportunities, which provides further support for apprenticeships.

He argued that a strong investment pipeline is crucial for increasing business confidence and encouraging employers to boost headcounts. Current market uncertainty towards large-scale infrastructure schemes could be acting as an impediment on hiring, the CCIQ director added.

The organisation also called for Fair Work framework reforms, adding that changes to the current system would make it easier for companies to grow their operations and employ more people.

Nevertheless, the CCIQ welcomed recent Australian Bureau of Statistics (ABS) data that showed unemployment levels in Queensland are falling. The ABS revealed that employers across the state created 6,700 jobs in December, with 2,200 of these being full-time positions.

“These figures are promising and clearly indicate that the economy is heading into positive territory,” Mr Behrens stated earlier this month.

Currently, Queensland’s unemployment rate is 5.8 per cent, which brings the state in line with the national average.