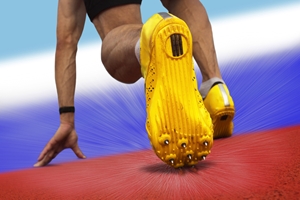 The Gold Coast is busy preparing for the Commonwealth Games, which start in three years.

On April 4, Minister for the Commonwealth Games Kate Jones spoke of the excitement building up towards the event at an official ‘Three Years to Go’ countdown celebration at Broadbeach. She said that with a range of projects already having been planned, the state will certainly be kept busy and “three years will go by in a flash”.

“The Commonwealth Games are going to have a huge impact, not just on the Gold Coast, but on Queensland. A $2 billion injection into the economy and 30,000 jobs are just the beginning of the bigger legacy the Games will bring to this state,” she announced.

“There is a $320 million infrastructure program delivering new and upgraded sporting venues, including the Carrara Sports Precinct, the Coomera Indoor Sports Centre and the new Queensland State Velodrome at Chandler in Brisbane. Bringing these venues up to world class standard will help secure other major events into the future.”

Nigel Charmier, chairman of the Gold Coast 2018 Commonwealth Games Corporation, echoed Ms Jones’ sentiments and emphasised that a huge array of jobs will be on offer to ensure the city – and the wider state – is prepared for the Games in time.

“If you look at what we’ve achieved and what we have yet to achieve, you look at the venues currently under construction, the building of our current team of 80 people growing to a couple of hundred next year, there is a lot happening. And so it will go on until we get over 1000 staff by Games-time,” he said.

With the international spotlight once again focusing on the Sunshine State as it prepares to host yet another major event, all hands will need to be on deck to deliver an exceptional Games. Young workers looking to play a part may certainly have a wide range of apprenticeship opportunities to look forward to.