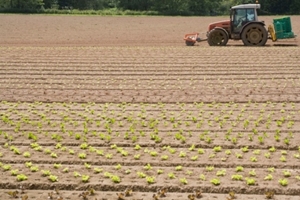 A new federal government initiative aims to bring apprentices to rural and remote areas of Australia.

This will bring a number of changes to apprenticeships in Queensland, and across the rest of the country when it comes into effect on July 1 2013.

The federal government has also announced further apprenticeships funding with $3.5 million invested to help job seekers relocate and take up employment and apprenticeships in growth industries and regions before June 30 2014.

Minister for Employment and Workplace Relations Bill Shorten said the federal government knows how important apprentices are to the future of high-skill industries, and they understand the difficulties rural and remote businesses such as mines and farms face with attracting skilled workers.

“That’s why we are investing $3.5 million in this very practical and targeted measure to help these industries attract more apprentices and workers to those parts of Australia that lie beyond the big cities,” Mr Shorten said.

“This is a win for regional and remote businesses and communities, a win for young Australians looking to develop skills that will help them build a great career, and a win for workers looking to build new futures in new communities built on our great bedrock industries,” Mr Shorten said.