A spotlight on agribusiness in Queensland 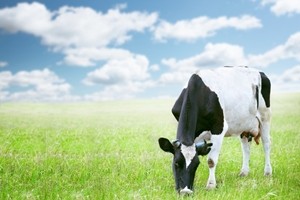 No industry is able to escape the need to evolve with technology, a fact that’s especially true for one of the world’s oldest: agriculture. An ongoing pursuit of sustainability and efficiency means this industry is constantly changing, a fact that could challenge people looking for apprenticeship opportunities.

The good news is these developments are built on a solid economic performance for the agribusiness industry as a whole. According to Deloitte’s Agribusiness Bulletin, a growing demand for food exports from major economies such as China puts Australia’s farmers and other related businesses in a good position for the future.

Australia’s proximity to both developing and established Asian markets is one of the key reasons for the Agribusiness’ strong growth forecasts. Deloitte reported that by 2050, Asia is expected to account for just over 70 per cent of growth in food demand. Thankfully, the Australian industry has already developed five significant subsectors which ensure growth opportunities are spread across a range of options. They are:

These subsectors have been and likely always will be key components of agriculture in Australia, which means people seeking apprenticeships or traineeships are well aware of their influence. However, while they are some of the larger focuses for businesses in the industry, they aren’t the only areas of growth. There are smaller opportunities that could be just as lucrative over the long-term, one of which capitalises on Australians’ love for a certain amber beverage.

Craft beer is a new opportunity for Australians

Traditionally, creating and selling beer seemed to be a process that was exclusive to major companies, with Queensland staple XXXX now owned by Lion. Sure, in the past people could homebrew their own beers, but there wasn’t much of a chance for these creations to end up on shelves. Now, that’s all changed.

The dramatic rise of craft beer in Australia is occurring in opposition to other beer-related trends. Across Australia, beer consumption is falling, Deloitte found. Despite this, the number of people drinking craft beer is rising. Consequently, the supporting industry is now a profitable one for smaller brewers. In total, craft beer is now a $160 million industry, and its value will only rise.

A craft beer’s purpose is to be markedly different to everything else on the market, especially in comparison to products from major breweries. This means there’s a significant opportunity for agribusiness’ that focus on hops and barley production to build relationships with these smaller brewers, a point that Deloitte verified.

However, the key difference in providing barley and hops to craft breweries is that they’re more concerned with uniqueness and premium varieties over higher volumes. With this in mind, there’s still room for Australia’s new love of craft beer to have an impact on how agribusinesses grow.

From the past to the future

It may be one of the world’s oldest industries, but agribusiness companies are frequently finding new ways to augment even the most time-honoured processes. For many farms today, that means bringing new technologies such as drones or unmanned aerial vehicles (UAVs) into play. Some of the country’s largest farms require helicopters and aircraft to survey crops and livestock, so drones can offer a cost-effective alternative to businesses looking to cut back on these expenses, or for smaller developments looking to harness this capability.

An article in MIT’s Technology Review detailed the various common drone uses that are changing the way farmers operate. Operators can attach high-definition cameras or infra-red sensors to drones, allowing them unprecedented insight into how their farm is functioning.

With strong ties to both established sectors and growing trends, Australia’s agribusiness sector is likely to remain a strong focus for people seeking apprenticeships in Queensland.