Apprenticeships and traineeships end 2014 on a high note 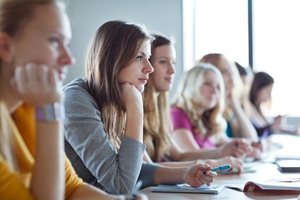 Apprenticeships and traineeships experienced an end-of-year increase in commencements in 2014, according to new data from the National Centre for Vocational Education Research (NCVER).

The organisation revealed interest in trade and non-trade positions rose in the final quarter last year, ending a series of declines that stretches back to September 2013.

Earlier this month, the country’s unemployment rate reached 6.4 per cent – a 12-year high. The number of young people without a job is even higher, with Ms Fergusson suggesting apprenticeships and traineeships could be the answer for those finding it difficult to secure employment.

“If you look at the structure of unemployment, overwhelmingly it is those workers without post-school qualifications or who otherwise face barriers to employment that have the most trouble,” she added. “That’s a very grim picture.”

Her remarks may encourage people to consider school-based apprenticeships and traineeships, which could act as a stepping stone to further education or a career in a specific industry.

Commenting on MBA data, he said builders’ intentions for hiring new employees is at a seven-year high, with apprentices set to benefit from this demand.

“There is room for optimism that the looming housing boom will drive a jump in the number of young people starting a building trade apprenticeship following a significant decline [in] both commencements and completions since 2010,” he told the AFR.

“However, the industry is still facing a short-term skills deficit as the total number of apprentices in training has fallen 23 per cent since 2010 and are totally inadequate to meet the industry’s needs.”

Professions such as electricians, joiners, carpenters and house painters are particularly in demand, with the cost of building work rising the most in Queensland.