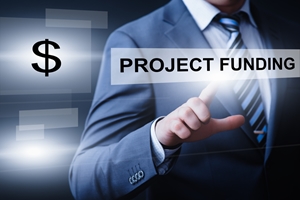 ASQA will receive $68 million in funding, which could boost apprenticeships and traineeships.

The country’s vocational education and training (VET) sector is set to receive a boost following news that the Australian Skills Quality Authority (ASQA) has been approved for $68 million of additional funding.

ASQA regulates registered training organisations (RTOs) in most states, including Queensland, which means the extra money is likely to have a positive impact on apprenticeships and traineeships nationwide.

Senator Simon Birmingham, Assistant Minister for Education and Training, said the funding would enable ASQA to strengthen its powers and reduce the bureaucracy many RTOs face. According to Mr Birmingham, the announcement should also improve standards in VET services, as the regulator can refocus its efforts on “serious breaches”.

“The Budget implements the $68 million funding commitment the government made to reform the national training regulator to better enforce the tough new standards for RTOs, which came into effect on 1 April,” he commented. “Without this funding, ASQA would have been forced to increase fees and focus on revenue raising, rather than tackling poor practice.”

The knock-on effect for apprentices and trainees could mean more than just improved services. Senator Birmingham claimed ASQA can now avoid bumping up fees – although the organisation will still track annual rises in the Consumer Price Index.

Since ASQA’s establishment in 2011, the organisation has carried out almost 4,700 audits of RTO activities. The regulator’s Chief Commissioner, Chris Robinson, claimed the new funding would allow the agency to perform its duties even more diligently.

He noted that ASQA’s work up until recently has largely been application based. RTOs were typically assessed when they applied for re-registration or to change scope, but the organisation expects to take a more proactive approach in future.

“ASQA is now able to implement a regulatory strategy that is based on sector intelligence and data. This means regulatory scrutiny and resources can be targeted at areas of greatest risk,” Mr Robinson stated.

Senator Birmingham said the additional funding is just part of the Australian government’s efforts to boost VET quality across the country. He said a more streamlined industry focused on industry skills and training can help deliver more graduates that are primed for success in the workplace.