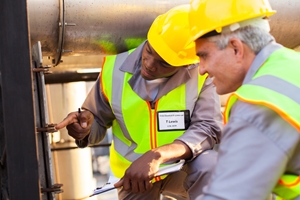 How can older Australians make a difference in the workplace?

When the topic of apprentices comes up in conversation, most people often think of younger Australians, people fresh out of school looking to make their first steps into the world of work. While this might be the traditional view, the reality is very different, with people of all ages using apprenticeship opportunities as a way to support career changes or try out new industries at any stage of their life.

For older Australians, these programs are also a great way to get back into the workforce if they have been without a role for a range of different reasons. As on-the-job training that focuses on practical skill sets is a key focus of apprenticeships, they provide an important link between training and workforce participation.

How can a mature age apprenticeship help?

In a recent media release, the Australian Bureau of Statistics (ABS) investigated some of the particular concerns facing older members of the workforce. The organisation noted that flexibility is a key trait of this sector of the workforce, with the ABS finding that nearly 400,000 workers over the age of 55 could easily adjust their lifestyle to accommodate changing work conditions.

ABS representative Jennifer Humphrys explained that while these statistics have a positive slant overall, there are still some barriers preventing older Australians from fully committing to the workforce.

“About 34 per cent of the 388,700 stated they were not seeking employment because they were satisfied with their current arrangements,” she stated. “However, 17 per cent felt they were considered too old by employers.”

Some of the the other barriers to engaging with the workforce include long-term illnesses or disabilities, which effect 16 and 21 per cent of women and men respectively.

However, this can be offset by the value inherent in their life experiences and the stability and commitment often associated with these workers.

What do mature age apprentices need to know about returning to work?

Although much of the apprenticeship experience will be the same for members of both age groups, there are still some unique features for older Australians to keep in mind. One of the most noticeable differences for people making career changes late in life will be the drop in pay while they complete their courses.