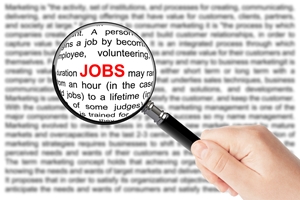 Auto & General has planned a new site in the Sunshine Coast.

Auto & General has unveiled plans to expand its Sunshine Coast operations – a move that is expected to provide a number of new jobs in Queensland.

The insurance provider currently has an office at Birtinya that houses 270 staff, and the company revealed the new building will be located on an adjacent piece of land. Auto & General CEO Ram Kangatharan claimed the region’s economy is healthy, and the company’s current high-performance workforce has shown substantial commitment. As such, the Sunshine Coast expansion is a logical next step.

“We currently employ around 270 staff and this expansion provides the potential to grow the number of jobs at Auto &General in the future,” he explained. “With the new Sunshine Coast University Hospital opening soon nearby, our expansion will offer career opportunities for partners of the approximately 7,000 new hospital staff.”

This could provide opportunities for adult and mature-age trainees in Queensland, with Auto & General confirming that positions will be open to people from diverse backgrounds and experience levels. While Mr Kangatharan didn’t reveal how many jobs he will create at the new site, the Queensland Times said the new building could hold approximately 250 more staff.

Sunshine Coast Mayor Mark Jamieson applauded Auto & General’s decision to expand in the region. He said the move would have a positive impact on the local economy, with the business already providing $15 million to the council’s coffers each year.

Mr Jamieson said this figure will rise even further when the new site begins operations next year. The company was also praised for its contributions to the community, including support for Act for Kids and the Kawana Surf Club.

“These professional services jobs will also assist in our goal to increase income levels above the state average. This supports the regional vision of growing our economy from $13 billion to $33 billion by 2033,” the mayor added.

The Sunshine Coast is currently experiencing success across the IT and innovation industries, and the region’s council is keen to build upon this growth. Mr Jamieson said training and education opportunities are helping people develop the skills they need to take advantage of new jobs in these sectors.

Specifically, he highlighted the impact of the Smart City at Maroochydore, which is expected to support digital progression in the Sunshine Coast and attract investment from professional services and technology firms.