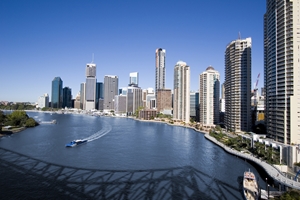 Brisbane's CBD will be changing with the redevelopment of two sites on Talbot street.

These two pieces of land, situated on Turbot street, will be redeveloped into a new precinct, making the area more accessible for locals and also increasing the range of services in the city centre. In total, these plots contain roughly 9,000 square metres of space that will be renovated.

In the coming months, expressions of interest will be sought from companies who might want to redevelop the site. Once these have been received, a final contractor for the project will be announced.

There are a number of factors that will affect the start date of this project. The dental school is expected to move to a new, purpose-built facility next to the Royal Brisbane and Women’s Hospital later in the year.

The dental hospital will continue to lease the site until a suitable alternative can be found. At this point, the site will be turned over to the new owners for redevelopment.

Deputy Premier Jeff Seeney stated that this project would add to the range of initiatives currently underway across the city.

“There is potential for this Turbot St development to add to the work we are already doing to enhance the Queens Wharf Precinct and Southbank for the benefit of locals and visitors to Queensland’s capital,” said Mr Seeney.

“Today’s announcement presents a rare opportunity for a company to acquire an almost 9,000 square metre site centrally located in the heart of the CBD to create a fresh, new precinct more accessible to the general public.”

This isn’t the first time the state government has chosen to change the use of public land either. Other parcels of land around the city are being repurposed, to provide affordable housing and new services for local communities.

As these construction projects continue to move forward, they will offer a range of new opportunities for those seeking an apprenticeship in Brisbane. Once the redevelopment of this site begins, it is likely to require a number of different skill sets in order to be completed effectively. This will include areas like electrical work and bricklaying which require an apprenticeship to get into.

With so many new projects changing the face of Brisbane, now is a great time to be pursuing an apprenticeship in an area related to construction.