Full steam ahead for the Moreton Bay Rail Link 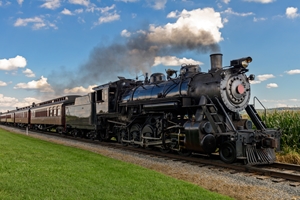 Construction on the rail link began earlier this year, with the project expected to be completed in 2016. In total, this initiative will cost $1.147 billion, with these expenses spread over the Queensland and federal governments.

This new initiative involves the laying of nearly 13km of rail tracks and the construction of six new stations in the Moreton Bay area. The rail route will also feature a walking and cycling track running alongside it, providing an alternative route for foot traffic north of Brisbane.

Current transport routes north of the city are heavily geared towards cars, with very few public transport options. This new route is expected to change that, with a full trainload of passengers able to take 600 cars from Brisbane’s motorways.

Although the route is for a rail line, laying the tracks is one of the smallest jobs involved. The project currently involves large earthworks, with train tracks not laid until the year 2016. Other major initiatives include the construction of bridges along the route.

In total this project is expected to create 8,000 jobs in the Moreton Bay area. These positions will be focussed in trades, with electrical, mechanical and building workers all in high demand for projects involved in the construction process.

One of the best ways to get into these professions will be to take on an apprenticeship or traineeship, giving you on-the-job experience and a formal qualification over a number of years.

Apprenticeship services like BUSY at Work can provide the right advice in order to find a job and training in these areas. They can also help you with the paperwork that comes with starting a new career.

An apprenticeship service can also offer support for certain groups, like those with a disability or those looking to undertake an adult apprenticeship.

Even once these projects have been completed, there will still be opportunities for future employment in the region. The state government is expecting these six new rail stations to become major hubs for their communities, with greater construction work expected to accompany the completion of these facilities.

With so many developments in the area, the Moreton Bay area will likely provide a number of future possibilities, especially for skilled trades people.