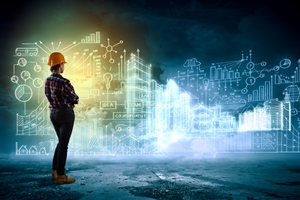 Building approvals are on the rise in Queensland, new stats show.

Queensland continues to show signs of growth in the construction sector, as new Australian Bureau of Statistics (ABS) figures reveal housing approvals in the state are on the rise.

ABS confirmed there was a 1.3 per cent jump in the number of properties given the green light in January, making it the eighth month in a row that approvals have climbed.

In Queensland, there was a 2.6 per cent increase, which was the second-highest rate of growth nationwide, behind only New South Wales at 4.3 per cent. The statistics are likely to encourage people who are pursuing construction apprenticeships and traineeships in the state, as they support recent analysis that suggests the building sector is experiencing a resurgence.

Furthermore, Master Builders Australia Chief Economist Peter Jones said the increase in approvals is yet to reflect the reduction in the base interest rate. The Reserve Bank of Australia lowered the key cash rate to a record low of 2.25 per cent in February.

“The continuing housing shortage and population growth has seen the latest building approvals continue their surge to record high levels,” he stated.

“January’s result was largely driven by a huge spike in approvals for apartments in Queensland while a jump in South Australian approvals will be a boost to that state’s building industry and economy, which are both doing it tough.”

In addition to an overall rise in building approvals, Queensland was one of the few states or territories to experience positive growth in the private sector housing category.

While NSW, Western Australia and South Australia all saw declines in this area, the number of private properties receiving the go ahead in Queensland edged forward 0.5 per cent. Victoria was the only other state to improve, climbing 1.1 per cent.

However, Mr Jones said there is no room for complacency, particularly as commercial building is still struggling to return to growth. He cited ABS data from the December quarter last year that revealed non-residential construction work slumped 2.9 per cent in the country over the three-month period.

“Today’s figures reinforce the reality that fragile business confidence is working against a recovery in the commercial building sector,” he said.

“This must be seen in the context that building and construction is an industry that must generate more investment if the economy is to rebalance following the resources boom.”