How Queensland’s sporting dominance will kick?-start your career 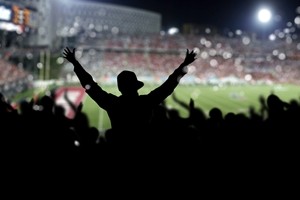 Two Trans-Tasman Championship winners, 62,000 people turning up for a State of Origin game and $140 million earmarked for a new stadium. Queensland’s sporting endeavours often result in some impressive numbers, however this time they’re not just for the players’ paychecks, but possibly yours as well.

The efforts of the Queensland Firebirds and the North Queensland Cowboys over the past year have meant a lot to Queenslanders. Now thanks to the construction of new stadiums, you can go from supporting your team on Sunday to helping them build their future on Monday. Those looking for apprenticeships in Queensland could have a helping hand in these developments or look for traineeships in fields such as hospitality which grow to support our sporting stars.

A year of Queensland dominance

In a first for the competition, last year’s NRL Grand Final was contested by two Queensland teams, with the Brisbane Broncos and North Queensland Cowboys putting the state on the map. In a golden point thriller that left half of Queensland in a state of jubilation and the rest in tears, the Cowboys took their first title in their 21-year history.

The sporting celebrations continued this year when the Queensland Firebirds defeated the NSW Swifts in yet another tense extra time contest. With two Trans-Tasman championships put to rest, the upcoming Commonwealth Games on the Gold Coast is a chance for Queenslanders to challenge new competitors on an international stage.

How does the state benefit?

For the Firebirds, the result has since been rewarded with much more than just a trophy. The Queensland government confirmed its $30 million commitment to providing a new home for netball in the state. Expressions of interest in the project closed in July, indicating it’s well on track to develop in the near future.

Looking further up North, the Cowboys’ historic victory re-ignited discussions about their desire to build a new stadium. As it stands, the state government has pledged up to $140 million to make the dream a reality, but the scale of the project means that it needs federal approval as well. Watch this space.

How do I benefit?

While these significant construction projects have dominated much of the news over the past year, there are a range of other traineeship and apprenticeship opportunities that build on Queensland’s ongoing sporting legacy. They are:

It’s an exciting year to be both supporting Queensland sports teams and looking for jobs an traineeships across the state. Is it time for you to get involved?