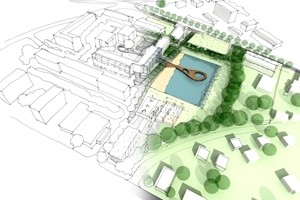 There are large-scale development plans in place for Brisbane, bringing with it increased apprenticeship opportunities.

The Brisbane Development website has the slogan: ‘Go Tall Not Sprawl’ and it’s pretty apt for the developments planned for the city. With so many developments planned and underway, there isn’t a better time to be a builder’s apprentice, for instance, in the region. Brisbanites who are looking for apprenticeship opportunities in the industry will be encouraged by the plans that have been put in place for the state’s most populous city.

There is a plethora of exciting developments either already in the works or in the pipeline, so companies will be upskilling staff as best they can to help meet the demands that such plans bring. While these developments are planned state-wide, a look at the state’s most populous city offers an interesting insight into what lies ahead for the Sunshine State.

Growing developments for a growing population

Brisbane is one of the biggest influences and drivers of the burgeoning Queensland economy. With the city’s economy forecast to grow strongly, more than 60 per cent from its current value of $135 billion to $217 billion by 2031, it is helping to drive demand in infrastructure investment to help facilitate the city’s growing profile.

Such high levels of growth provides a catalyst within the construction industry to investigate the process of apprenticeship outsourcing to meet the future demand for new and expanded infrastructure.

The need for these developments is underlined by the city’s ever-growing, ever-expanding population. According to the Office of Economic and Statistical Research, Brisbane’s current population of two million is expected to increase beyond three million over the next two decades.

As well as creating apprenticeship opportunities, the developments planned for the city will see the number of apprenticeships in Queensland grow in a whole range of sectors.

As is often the case with urban developments, there will be ample opportunities for apprentices looking for work in other industries. The infrastructure developments that will occur will benefit the transport systems around the city and greater Queensland area.

New developments also bring with them ample opportunity for energy and resource development. As the number of projects that consume high quantities of energy increases, companies will be upskilling staff as well as looking to appeal to younger apprentices. School-based apprenticeships allow younger members of the workforce to explore the fortuitous avenues that urban development offers.