Jupiters complex refurbishment will bring 1,700 jobs to the Gold Coast 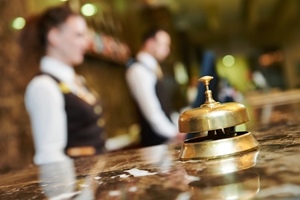 A $345 million refurbishment project on the Gold Coast is expected to create around 1,700 jobs in Queensland during the construction phase.

Queensland Premier Annastacia Palaszczuk said the renovation shows the confidence businesses have in the Gold Coast, particularly as the region gears up to host the 2018 Commonwealth Games.

“The new rooms will help accommodate the Games’ visitors and attract tourists for decades to come. But we don’t have to wait until 2018 to see the benefits,” she explained. “They start flowing now with construction of the new tower expected to create 500 jobs on-site and a further 350 to 400 off-site supporting the construction activities.”

Additional work is scheduled for the rest of the complex, bringing the total number of supported jobs to 1,700. The project may also provide opportunities for those pursuing Gold Coast apprenticeships, with demand for skilled tradespeople on the rise.

Ms Palaszczuk thanked Echo Entertainment, the operator of the Jupiters Hotel & Casino, for bringing much-needed employment to the Gold Coast.

He confirmed the organisation will team up with international architects and local designers to build a hotel that appeals to both communities and overseas visitors.

“These are exciting times for the Gold Coast and we’re delighted to be playing be a key role in advancing the growth of tourism and jobs creation in the region,” he explained. “In recent times, we have focused on investing significantly in our properties.”

The news comes just weeks after the Queensland government selected an Echo Entertainment-led consortium as the preferred bidder on a multibillion-dollar casino complex in Brisbane. The Queen’s Wharf project is set to create upwards of 11,000 jobs in Queensland.

He said projects such as this are crucial to developing the Gold Coast both during and after the Games. The complex is due for completion in early 2018, with the sporting event set to begin on April 4 the same year.