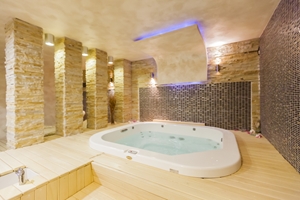 The resort will have spas and other leisure facilities.

The redevelopment of a Lindeman Island resort could bring more than 1,200 jobs to Queensland over the coming years, providing a boost for the state’s tourism and construction industries.

Earlier this month, the independent Coordinator-General released the development’s terms of reference for an Environmental Impact Statement.

“The Lindeman Island resort project presents an exciting opportunity for jobs, growth and economic development in North Queensland,” he said. “The proposed development could create more than 800 construction jobs a year over a four-year construction period.”

People pursuing hospitality traineeships in Queensland may also welcome the news, with a further 300 operational jobs expected to become available once the redevelopment is complete and the resort is fully open for business.

The Queensland government has already committed to several tourism funding initiatives in recent weeks, including projects in Whitsundays, the Gold Coast and the Sunshine Coast. The Gold Coast received $1.6 million from a $5.5 million package to launch marketing campaigns and run events to attract visitors to the region.

The company expects to renovate the site extensively, including building a 50-berth marina and a mix of five- and six-star precincts. Other amenities include:

“Lindeman Island is within the Great Barrier Reef World Heritage Area, which in itself supports 60,000 jobs and injects $6 billion into Queensland’s economy, so it is important all aspects of the project are considered,” he explained.

The minister added that the government is keen to support projects that generate jobs, while sustaining a careful balance between social, environmental and economic priorities.