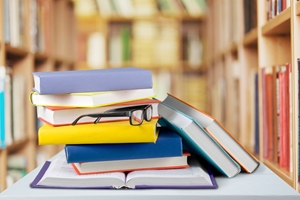 The new library will support construction jobs in Queensland.

The Mackay Regional Council has revealed that the construction of the Dudley Denny City Library will provide a much-needed boost for local jobs in Queensland, particularly among tradespeople.

Glenella-based firm Fergus Builders will deliver the $5.6 million library, with the council choosing the enterprise from a shortlist of three Mackay businesses. Mayor Deirdre Comerford said councillors were impressed with Fergus Builders’ tender and the company’s proposed sub-contractors.

According to Ms Comerford, the construction organisation’s decision to work “almost exclusively” with other businesses in the area was in line with the council’s own policy of procuring local services.

“Not only will this project provide crucial construction jobs during one of the lowest construction cycles in our region, it will also deliver a hi-tech facility to help our young people aspire for the jobs of the future,” she explained.

Local businessman David Denny donated the Dome building, which is where the modernised library will be located. The new facility is set to be 30 per cent larger than its predecessor, with a greater focus on flexible space and features for the public.

Ms Comerford said the Dome has ground-floor tenancies, meaning the council will receive an ongoing revenue stream. As such, the new library will be a cost-neutral project in the immediate future, as well as a positively geared asset over the longer term.

Library will be ‘iconic’

The library, a joint venture between Mackay Regional Council and the Queensland government, is expected to help give the city centre more of a meeting-place vibe. The mayor said a state-of-the-art library in a central location will increase footfall and “further activate” the area.

Construction Manager at Fergus Builders Ben Hilder said his company is proud to have been chosen to oversee such an important project, adding that the library will be an “iconic Mackay building”. Mr Hilder also explained that Fergus Builders was formed in 1983, and is dedicated to employing, contracting and training locally.

Moreover, the library project may provide opportunities for apprenticeships and traineeships in Queensland. In fact, Mr Hilder began his own career at Fergus Builders through a trade-based apprenticeship in Queensland more than 20 years ago.

“This contract will mean a lot of work for a lot of local tradespeople during challenging times, and we couldn’t be happier to be the firm delivering it,” he stated.

The Dudley Denny City Library is scheduled for completion in October this year, and will receive $461,400 in state government funding.