New framework guides the development of oil and gas 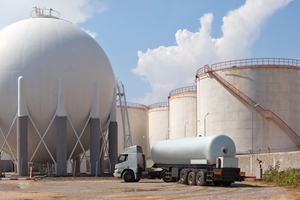 Oil and gas are becoming increasingly important for the Queensland economy.

To promote future growth in this sector, the Queensland government has released its plan to oversee the development of the deep oil and gas resources across the state’s west and north-west.

This most recent announcement is part of the state government’s ResourcesQ initiative, which aims to provide a 30-year framework for the production of these mineral deposits. The report contains 12 specific recommendations that will make it easier for companies operating in this space to access mineral resources.

In particular, these suggestions focus on ways to promote investment in exploration, along with the eventual drilling and exploitation of these resources. These works are centred around five key basins which are expected to hold substantial natural gas and oil deposits.

This release focuses on specific initiatives, with greater emphasis placed on emerging infrastructure needs, along with collaborative work across state lines.

These moves will complement existing legislation while also ensuring that future growth in the industry is sustainable over the next few years.

Some of the proposed growth areas, such as the Cooper Basin, are already home to substantial mining operations. The deposit, which sits on the border between Queensland and South Australia, has already begun producing deep gas on the SA side.

Natural Resources and Mines Minister Andrew Cripps suggested that this plan would bring a new range of developments to the state’s economy.

“This industry has enormous potential to increase the state’s domestic and export gas supplies, while delivering the substantial economic benefits for Queensland that come from having a secure energy supply,” said Mr Cripps.

For those looking for an apprenticeship in Queensland, these developments will be welcome news. As oil and gas becomes a major part of the state’s mineral exports, there will be a range of different skills needed across these operations.

Individuals with welding, electrical and construction skills are all likely to be in high demand as new oil and gas projects move into construction. With many of the initiatives focussing on areas like electrical standards across drilling operations, this framework will shape the mining industry for years to come.