New investment in housing across Queensland 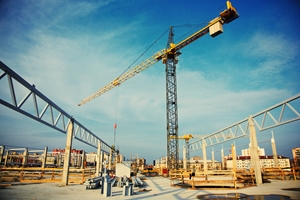 Housing approvals are up in Queensland.

Queensland is seeing an increased investment in housing, with the state recording a considerable amount of interest in its built environment. For those seeking apprenticeship opportunities, the growing focus on construction could pave the way for a myriad of exciting positions.

The potential that this boom is offering for those working in the construction sector was highlighted by recent research from the Australian Bureau of Statistics. The study found that Queensland’s housing approvals rose 1.9 per cent in August 2015.

These approval figures emphasised how strong the pipeline of projects is within the state as people start looking to invest in new housing. Once approved, these projects will be one step closer to breaking ground and employing new workers.

Speaking on the results, Acting Premier Chris Pitt emphasised the positive signs that exist for apartment construction in particular.

“This is the fourth month in a row we have seen a rise in the number of approvals for new houses,” Mr Pitt said.

“Looking ahead, the strong pipeline of apartment projects, along with strengthening house approvals, will support continued growth in dwelling construction activity in Queensland.”

Compared to a year ago, approvals for apartments are up 20.8 per cent, while total dwelling approvals have increased 11.2 per cent.

This isn’t the first time Queensland has recorded an increase in housing growth, with the state leading the country in recent months. In August, figures reported that building approvals were up in Queensland, ahead of any of the other major markets.

Mr Pitt also stated that this is fourth month in a row that housing approvals have increased, thanks in part to low interest rates.

It isn’t just the residential construction sector either that is seeing the benefit of an increased focus on construction. The water and sewerage sector is also picked for strong growth, according to the 2015 Major Projects Report from BIS Shrapnel. The study found that employment in this sector will rebound significantly over the next two years, thanks to the demand provided by a range of projects.

As well as supporting infrastructure and flood mitigation, this sector is also going to be driven by demand from mining activity and the increase in food production, further boosting the prospects of jobs in Queensland.