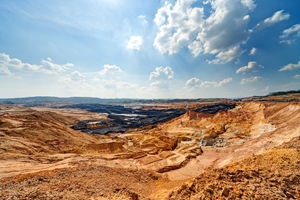 New mining approvals are on the horizon for Queensland.

Australia’s mineral deposits have long been the source of apprenticeship opportunities in Australia, with Queensland in particular supporting a strong mining sector. It’s an industry whose success is predicated on exploration, and a fresh commitment to creating new infrastructure ensures these employment opportunities will remain open.

The industry as a whole has been worth more than $200 billion to the country’s economy over the previous years, according to the Australian Bureau of Statistics, with some sectors within that seeing significant growth. A set of mining leases approved for a new Queensland facility means the Sunshine State is likely to continue to contribute to these gains.

The Carmichael Coal Mine, located in the Galilee Basin and worth over $20 billion, is the focus of these new leases, and may be the source of thousands of new jobs and apprenticeship opportunities if everything goes to plan.

Queensland Premier Annastacia Palaszczuk noted that the project, while close to being confirmed, is still subject to a range of other approvals before work can begin.

“This is a major step forward for this project after extensive government and community scrutiny,” she began. “Some approvals are still required before construction can start, and ultimately committing to the project will be a decision for Adani.”

The latest leases are expected to include around 11 billion tonnes of thermal coal. Due to the size of the operation, the approvals refer to much more than just mining these materials. The completed project will also be home to the roading, workshops, buildings, railways and a port to ensure the mine can function at peak productivity.

A project like this not only creates a significant number of jobs in the construction phase, it also supports the ongoing employment of people and the area as the mine ramps up production. Initial estimates for the effects of the Carmichael Coal Mine project suggest there will be demand for around 5,000 jobs while it’s being built, and a further 4,500 will be called on once the facility reaches capacity.

The Queensland Government also points out that these approvals ensure that the surrounding environment is protected, with minimal impacts expected from the construction and operation of this facility.