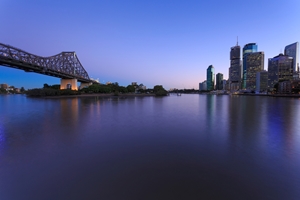 Queensland's infrastructure has a new plan to guide its development.

A direction statement for the InfrastructureQ initiative has been released by the Queensland government, in order to provide a guideline for the development of the state’s built environment.

This plan joins two other Queensland-based initiatives – the ConstructionQ and ResourcesQ plans which are already moving through the planning and implementation stages. Each of these documents aims to spell out a set of rules to guide future developments in their respective industries.

The InfrastructureQ initiative sets up six key principles that will direct the industry through future expansion. These range from an integrated approach to infrastructure planning, to prioritising a state-wide development program and encouraging the uptake of new materials and practices in the industry.

Now that the direction statement has been made public, the next stage is to release a final version in the early months of 2015.

For those seeking an apprenticeship in Queensland, these changes are likely to have a significant impact on the work they undertake. Those working in areas like civil construction will see these new guidelines affecting the work and shaping the pipeline of projects they are involved in over coming years.

Deputy Premier Jeff Seeney identified some of the benefits that this document would offer for infrastructure companies.

“The Queensland Government expects that, when released, InfrastructureQ will become an important reference document for industry and will be updated annually to ensure relevance and reliability,” said Mr Seeney.

The Deputy Premier went on to suggest that these future projects will likely be focused in regional Queensland, where these initiatives will have the greatest impact and can unlock new growth for communities. For young people in these areas, this means there will be plenty of future demand for skilled workers.

This announcement is just the latest in a string of new projects that are changing Queensland’s infrastructure. With one of Queensland’s most important roads – the Bruce Highway – undergoing widespread upgrades over the next few years, it is an exciting time to be entering the civil construction industry.

Once this framework is in place, there are likely to be plenty of future opportunities for apprentices and trainees across the state who are looking to get into this valuable line of work.