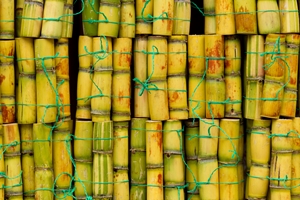 The sugar industry is one growing part of the Mackay region.

Over the next 20 years, Mackay and its associated regions are expected to see high population growth. As a result of its flourishing economy, the coastal hub is becoming one of the go-to locations in Queensland, and the council is eager to build on this momentum.

Last week (November 26), the Mackay Regional Council hosted the Next Big Ideas Workshop at the Entertainment and Convention Centre. The workshop was attended by more than 50 people, including representatives from the development and tourism industries, local businesses and the Queensland government.

The main aim at the workshop was to discuss potential new projects in the Mackay region and how changing certain areas of the city can boost liveability and employment opportunities.

Planning and Development Portfolio Councillor David Perkins explained the merits of the community coming together through this workshop.

“It was aimed at identifying new opportunities and ideas that will help achieve a more diversified and innovative regional economy,” he said.

“That, in turn, will help increase liveability in our region.”

What are the top ideas for Mackay’s future?

The workshop provided many great infrastructure and development project ideas which ranged from new port facilities, bio-futures potential in the sugar industry, a precinct featuring top cafes and restaurants and a green energy hub.

Mr Perkins explained another idea from the conference.

“Some of the other major ideas were activation of the Pioneer River’s south bank, which is already on the agenda, as well as the river’s northern bank,” he said.

“Those who raised activation of the northern bank had a vision for a bridge linking the CBD with the Gooseponds.”

While these are great ideas, they could be a number of years away from development. As such, it is vital to focus on the announced projects that apprentices and trainees in Mackay could take advantage of in the coming months.

One example of this was recently announced by Minister for Infrastructure and Regional Development Warren Truss. In a statement, Mr Truss explained that a multi-million dollar contract had been signed to construct two overtaking lanes on the Bruce Highway between Proserpine and Mackay.

As well as improving the safety and capacity constraints on this busy section of highway, it should also provide a number of construction-related opportunities to those in the Mackay region.

The project is expected to get underway soon with work extending until the end of 2016.