QLD real estate and building activity on the rise 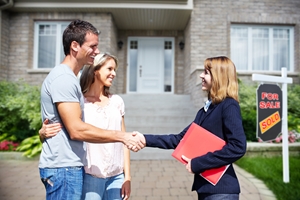 There is greater activity in the real estate sector.

Queensland’s property sector and housing construction industry are both showing signs of improvement, which could spell good news for apprentices and trainees across a variety of professions.

In December, the Queensland Treasury analysed the Australian Bureau of Statistics’ (ABS) monthly building approvals figures for the year to October. The data revealed a 10.1 per cent rise in the number of structures given the green light over the 12-month period, despite a 0.2 per cent drop between September and October.

Annual building approval growth in Queensland was nearly double the nationwide figure of 5.1 per cent. The state’s rate of contraction between September and October was also one-third of the national average, with the country experiencing a 0.6 per cent decline month on month.

Improvements in the construction sector often have a positive knock-on effect for the state’s labour market. Employees with trades-based qualifications are likely to be in high demand over the coming years, as companies begin work on approved residential and commercial building projects.

“Master Builders expects the high level of approvals to translate into 220,000 starts this financial year, taking the cumulative total to more than 600,000 in three years,” Mr Jones stated.

The construction industry isn’t the only sector to benefit from growth; real estate has also experienced more activity in recent months. In fact, house prices in Brisbane reached new heights in September, according to the latest data.

Research from the Real Estate Institute of Queensland (REIQ) revealed the median value of properties in the capital city hit $615,000 over the three-month period. South East Queensland has been a significant driver for the state’s property market recovery.

The sector’s continued improvement may encourage more businesses to consider offering traineeships in real estate and property services, particularly if they begin to struggle in their search for qualified employees.

REIQ CEO Antonia Mercorella said real estate activity is even showing signs of stabilising in areas of Queensland that were heavily reliant on mining. These regions generally suffer a decline in house prices when there is a slowdown on resources projects.

“We’re starting to see indicators that suggest we are heading towards firmer ground,” Ms Mercorella stated. “Confidence in the residential house market is growing with sales activity up over the quarter across almost all South East Queensland regions.”