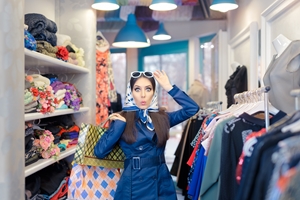 According to the Australian Bureau of Statistics (ABS), retail trade figures for Queensland climbed 0.2 per cent between November and December 2015. Furthermore, the Australian Retailers Association (ARA) confirmed annual growth for the sector in the state reached 3.1 per cent in December last year.

Nevertheless, higher retail turnovers could means good news for jobs in Queensland. Last month, the Courier-Mail reported there were 32,000 vacancies in the state and 167,000 nationally, with 43,000 of these in the tourism and retail sectors.

The National Retail Association’s (NRA) Retail Connect report showed job demand in retail is expected to reach record highs in Australia by June this year. With Queensland among the nation’s leaders in retail trade growth, the state’s businesses are likely to be keen to add to their headcounts over the coming months.

NRA Chief Executive Officer Trevor Evans said retail should become a $300 billion sector in 2016, ensuring it remains a crucial driver of employment. The industry could also offer opportunities for school-based traineeships, with Mr Evans highlighting how important retail jobs are to Australia’s teenagers.

“As tens of thousands of school-leavers begin their career pathways this month by combining new tertiary education positions with part-time retail jobs, or as others begin new and exciting full-time positions, it’s fitting that we reflect on the importance of the retail sector to our nation’s prosperity, and to the future careers of so many young Australians,” he explained.

Russell Zimmerman, ARA Executive Director, said his organisation hoped recent steady growth in retail would continue into 2016. However, he added that many businesses must now evolve to take into account digital evolution, as more shoppers look beyond brick-and-mortar stores and head online.

Internet retail spending climbed 11.2 per cent between December 2014 and December 2015, according to National Australia Bank’s monthly Online Retail Sales Index. Overall, 6.6 per cent of all shopping was conducted via the internet last year.

Mr Zimmerman said the double-digit growth in online retail was “unsurprising” given the number of organisations that now provide extensive features that enable people to purchase goods and services from the comfort of their own home.