Queensland’s Project Pipeline – What it means for your apprenticeship opportunities 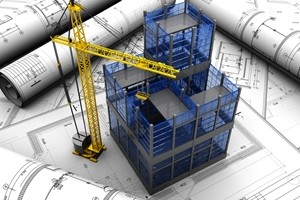 If you’re searching for apprenticeships in Queensland and think having a quick look at the various projects currently underway sums up development around the state, think again. The list of buildings, roads and others essential pieces of infrastructure planned for the state actually stretches years to the future, beyond even those that are currently funded.

It’s a revelation that brings more context to Building Queensland’s Infrastructure Pipeline Report released in June of this year. Its intention is to advise the Queensland government on what it needs to do to create not just a consistent series of projects, but a lineup of highly desirable and effective ones that will make a positive difference on life in the state.

What is the Infrastructure Pipeline Report?

The idea is that having all possible developments laid out like this will force authorities to make tough decisions with regards to projects. Ideally, this will help to create a stronger infrastructure and a more livable state.

What does it mean for workers?

The Infrastructure Pipeline Report provides an enticing to look to the future for those seeking apprenticeship opportunities in Queensland. While many will be aware of flagship developments such as those planned for the 2018 Commonwealth Games on the Gold Coast, other projects don’t always benefit from the same publicity.

As well as making current and future apprentices aware of a greater range of projects, the report should also make them confident in the government’s ability to promote ongoing work in the sector.

What are some projects that are eligible?

There are three major criteria a proposed project must satisfy for it to be eligible for inclusion on the Infrastructure Pipeline. As a consequence priority projects are those that will actually make difference to apprenticeship opportunities in the state. They are:

This combination of different project designations should give confidence to people seeking apprenticeships in Queensland, especially as the amount of available work looks to be stable for the coming years.