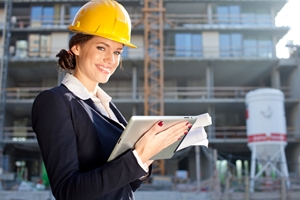 Construction apprenticeships are on the rise in Brisbane.

Growth in south-east Queensland’s construction sector may cause the state’s jobseekers to move to Brisbane and the surrounding areas.

Construction Skills Queensland (CSQ) said a decline in major building projects in Central Queensland means people will need to go where there are upcoming opportunities.

CSQ published its Annual Training Plan on Tuesday (August 25), with the report predicting mass movements of workers filtering through to Brisbane, the Sunshine Coast and the Gold Coast.

These regions are currently experiencing a construction boom, particularly in residential building work, APN News & Media reports. This will provide a significant boost for jobs in Queensland.

Brett Schimming, CSQ CEO, said the south-east will experience an upswing in the construction sector between 2016 and 2018. However, he also reinforced the importance of regional Queensland to the state’s long-term growth.

“We’re now focusing on the regions in a much more precise way, with workforce analysis and planning building a clear picture of the occupations that will be strategically important in the future,” he explained.

“CSQ recognises that workforce trends vary considerably across the state, so we have developed detailed regional plans to help us carefully target our skilling programs and investment.”

Apprenticeships and traineeships in Brisbane

Earlier this year, CSQ released its regional plan for Brisbane, which highlighted several trends, including a rise in apprenticeships and traineeships in the capital.

Brisbane North saw commencements bounce back in 2014, having been on the decline since 2008. The total number of people pursuing an apprenticeship or traineeship climbed to 3,637 last year.

Civil trades were particularly popular, with 23 per cent of applicants joining the industry, compared with 18 per cent two years earlier and just 7 per cent in 2010. Not only were there more commencements in the region over the year, but cancellations, expiries and withdrawals also declined.

In South Brisbane, apprenticeship and traineeship numbers increased for the first time in five years, rising to 5,046 individuals. Civil works were again the stand-out performer, while off-site commencements and plumbing roles also saw gains. However, engineering apprenticeships dropped from 14 per cent of the total in 2012 to 4 per cent last year.

CSQ statistics show construction accounts for approximately 9 per cent of employment in Brisbane – a figure that has climbed in recent quarters. The electrical and general trades categories currently have the largest share of apprentices and trainees in Brisbane.