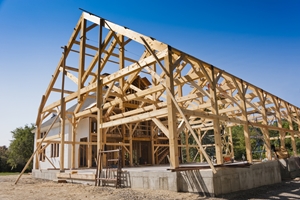 The Sunshine Coast’s real estate sector continues to show signs of growth, with the region’s council stating job opportunities are not far behind.

Earlier this month, Mayor Mark Jamieson highlighted local building approval data as a positive indicator for the area’s property market, both in residential and commercial developments.

Sunshine Coast Council figures showed the green light was given to $277 million worth of real estate projects in the final quarter of 2014. This was 11 per cent higher year on year and 121 per cent above the value of approvals for the same three-month period in 2012.

A building boom spells good news for the region’s employment sector, which may have a positive knock-on effect for apprenticeships on the Sunshine Coast.

Mr Jamieson said: “We have now settled into a steady level of growth that aligns with our vision to become Australia’s most sustainable region.”

“During the October to December 2014 quarter, 112 planning certificates were processed, a 30 per cent increase from the previous period,” stated Planning Portfolio Councillor Christian Dickson.

The Sunshine Coast is just one of a number of areas currently enjoying a property market surge, with Brisbane and the Gold Coast experiencing similar results.

New statistics from the Real Estate Institute of Queensland (REIQ) revealed south-east Queensland was among the state’s star property performers in 2014, with historic low interest rates giving buyers confidence. Moreover, the Reserve Bank of Australia reduced the key cash rate further this month, bringing it to a record low of 2.25 per cent.

“Among the strongest performers in the south-east were the Gold and Sunshine Coasts, with both regions recording increases in their median house values, up 5.3 and 7.2 per cent respectively,” she explained.

“The Gold Coast also was the stand out for profit-making sales, with the percentage of sales to make a profit increasing by 12.2 percentage points, compared to 2013.”

As this growth continues over the coming months, employment opportunities could become available across a range of professions, particularly the trades.