Train stabling project will create over 700 jobs in Queensland 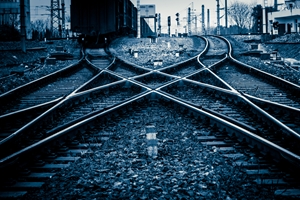 The rail project is expected to create more than 700 jobs.

More than 700 jobs will be created in south-east Queensland during the construction of four train stabling facilities across the region.

The $116 million project is expected to generate employment opportunities throughout the building and manufacturing industries, which may help support apprenticeships and traineeships in these sectors.

“We’ll see additional train services coming online from mid-2016, and just as importantly the project will create more jobs in the local construction industry,” she explained.

The train stabling facilities will be built at Banyo, Robina, Elimbah and Woombye, with Treasurer Curtis Pitt claiming there will be far-reaching economic benefits.

“These projects are creating over 2,500 jobs in the coming years for manufacturers, maintenance workers and train drivers from the Sunshine Coast down to the Gold Coast and out to Ipswich,” he added.

Mr Pitt said the announcement is hot off the heels of numerous other crucial infrastructure projects being carried out in the state, including the Moreton Bay Rail Link, the Springfield rail connection and the Gold Coast Light Rail.

According to Ms Trad, around 85 per cent of the materials used during the construction phase of the facilities will come from nearby suppliers. She added that a variety of local trade-based jobs are set to benefit, which is likely to come as good news for people seeking apprenticeships in Queensland.

Design work on the initiative is scheduled to begin this month, while construction will take place between July this year and early 2017.

“The NGR project will increase the network’s passenger train capacity by 30 per cent, but it needs to be matched with appropriate stabling capacity,” Ms Trad stated.

One of the primary functions of the facilities is to ensure Queensland Rail can store the 75 new trains being added to the rolling stock when they are not in use or overnight.

Queensland Rail will be conducting drop-in-sessions across the four train stabling locations over the next few weeks to discuss the next stage of development.