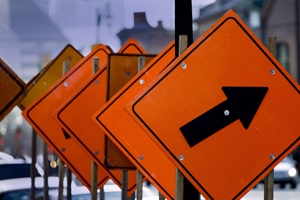 Various transport infrastructure projects are going ahead in WA.

The WA government has announced that dozens of new jobs in Western Australia are on the horizon, as work gets underway on two multimillion-dollar projects.

Earlier this month, WA Transport Minister Dean Nalder said York Civil had been selected to design and build a new bridge and busway to Charles Street in an effort to provide significant time savings for commuters in Perth.

According to the state government, the busway and bridge will be constructed over the Graham Farmer Freeway from the existing James Street bus bridge to Charles Street. York Civil will also deliver bus lanes from Charles Street to Violet Street.

“This will result in the removal of more than 1,000 buses a day from James and Fitzgerald streets in Northbridge, alleviating traffic congestion and improving local amenity and access,” Mr Nalder stated.

“This is a great congestion buster for our city, with benefits for bus users and motorists. Northern suburbs passengers commuting to the CBD could have their journey times reduced by up to six minutes during peak times.”

The $32.1 million ventures will create between 50 and 60 vacancies, which may include apprenticeship and traineeship opportunities in WA. Construction will commence in April, with the projects scheduled for completion by early next year.

In addition to the Charles Street bridge and busway project, the WA government also confirmed roadworks are being prepared for the Forrestfield-Airport Link scheme.

Construction firm MACA Civil will upgrade the Great Eastern Highway and Fauntleroy Avenue intersection in Ascot, as it is expected to receive an increase in airport-bound travellers when Brearley Avenue is closed to begin work on the Forrestfield project.

The intersection is just one of many roadworks initiatives aimed at facilitating the development of the $2 billion Forrestfield-Airport Link, which will join the Midland Line near Bayswater Station and connect with Forrestfield via a network of underground tunnels.

Mr Nalder confirmed that upgrades to Coolgardie Avenue intersection will also begin this year, with additional right-turn lanes provided to ease traffic flow in both directions on the Great Eastern Highway. He said both Coolgardie and the Fauntleroy intersections will be completed before the end of the year.