Apprenticeships and traineeships could help create jobs in Ipswich 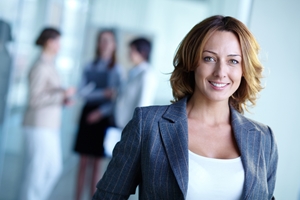 Apprenticeships and traineeships in Ipswich appear to be in high demand.

Ipswich’s youth unemployment rate is among the highest in the state, but a local MP believes apprenticeships and traineeships could be part of the answer.

Recent data from the Australian Bureau of Statistics showed there has been a decline in the number of people without a job in Ipswich. The urban centre has seen its overall unemployment level slump from 9 per cent 12 months ago to 7.4 per cent today.

The decline was the biggest in the state, but local MP Jennifer Howard told the Queensland Times that Ipswich still has some way to go before youth unemployment undergoes similar reductions.

“The first thing this government is doing is re-instating the successful Skilling Queenslanders for Work program, which is important particularly in the area of youth unemployment,” she said. “Additionally, we are introducing the payroll tax rebate to encourage Ipswich bosses to employ apprentices and trainees.”

Unveiled in March, the government rebate is a $45 million scheme that gives companies 25 per cent of an employee’s payroll tax back once the firm embarks on an apprenticeship or traineeship. It is hoped the initiative will kick-start participation in on-the-job learning opportunities across Queensland.

Apprenticeships and traineeships in Ipswich

According to the Queensland Times, apprenticeships and traineeships in Ipswich are already in high demand. A number of eager candidates have appeared in the paper over the past few weeks looking for work.

Brooke Fechner, who has successfully landed a full-time traineeship at Ipswich City Council, previously struggled to find a position. At one point, she was juggling three part-time jobs.

“It is difficult to find a full-time job as a young person because employers are looking for someone with experience,” she stated. “But many employers won’t give those without experience a chance. So how are young people meant to get a job if no one will give them a fair go?”

However, Brooke said her traineeship has given her confidence in her abilities after 12 months of trying to find employment. She said the placement will enable her to achieve a qualification and should hopefully lead to a permanent position afterwards, preferably at the council.

“I’m less stressed and it feels good to have something to go to every day. Now I have a steady income I can start planning the rest of my life,” the 18-year-old added.