Is Queensland gearing up for an automotive revival? 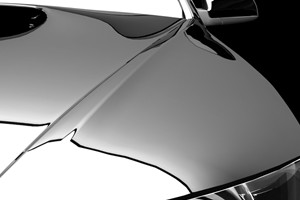 Is now the time to embark on an automotive apprenticeship in QLD?

The last few years have been difficult for the Australian automotive industry. However, despite faltering at the manufacturing level, the nation’s automotive sector enjoyed annual growth of 1.2 per cent overall between 2011 and 2016, according to IBISWorld research.

What’s more, Queensland could be about to experience a resurgence in the industry, which may encourage more people to consider automotive apprenticeships.

Are you still weighing up your options for an apprenticeship or traineeship? Search BUSY At Work’s Apprenticeship Central for the latest opportunities in your state and region, as well as having the ability to get in touch with employers directly to show your interest in positions.

Earlier this year, we revealed how Volvo would be setting up a new headquarters in Wacol, Brisbane, where the company already had five sites, including the largest truck assembly plant in Australia.

Now the capital will also be at the forefront of solar electric car development, with the Queensland government announcing the opening of a new innovation, design and manufacturing hub in the city.

Queensland Energy Minister Mark Bailey was on hand to unveil the workshop, as well as the design of the vehicle alongside Cameron Tuesley, founder of Clenergy Team Arrow.

“We aim to be the first Australian company to manufacture and sell solar electric vehicles and we are proud to be working with energy partners such as Clenergy and Tritium to showcase Australian innovation, science and renewable energy technology to the world,” Mr Tuesley stated.

Automotive volumes on the increase

The news followed recent figures from the Federal Chamber of Automotive Industries that showed vehicle sales in Australia are increasing, with volumes up 3 per cent in August 2016 when compared with the same month last year.

Overall, the automotive industry appears to be entering a healthy phase of growth in Queensland, meaning demand for qualified professionals within the industry is likely to rise. With vehicle sales up, new headquarters opening in Brisbane and a focus on energy-efficient cars, perhaps now be the time for people to consider automotive apprenticeships?