WA businesses to receive up to $8,500 incentive to hire apprentices

In the recent WA State Budget announcement, $182 million has been committed to increasing workforce skills through apprenticeships and traineeships. 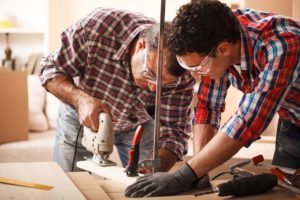 The Western Australian State Government will soon offer incentives of up to $8,500 to employ an apprentice or trainee.

The direct payment to employers will support smaller businesses who are not big enough to pay payroll tax, making it more affordable for them to employ an apprentice or trainee.

The State Government payment will be effective from July 1 and will be higher for employers in regional areas and those employing young people (aged 21-30), persons with disability and indigenous workers.

“In addition to substantial financial and other incentives already on offer to employers and apprentices in an effort to combat the skills-shortage crisis, we welcome this additional investment by the WA State Government and encourage business owners to consider apprenticeships or traineeships for their existing or new staff to not only increase skills in their own business, but for their industry,” Paul further stated.

The recent Federal Budget in April also announced their commitment to creating 80,000 new apprenticeships in a $525 million skills package, offering to double the current incentive payments to employers (from $4000 to $8000) and a new $2,000 incentive to apprentices to encourage completion with $1,000 awarded after the first year and the remaining $1,000 on completion of the qualification.

The extra apprenticeships will be for industries that are recognised as vulnerable to skills shortages over the next five years, including building industry trades, hairdressing, hospitality and many others.